Please note, this next section pertains to sound systems inside.

You can jump to content in this section by using these links:

1. Clarity Defined
2. Overview For achieving Intelligibility / Clarity
3. Tuning The System For Its Purpose
4. Minimising Acoustic Energy Reaching The Walls, Floor and Ceiling
5. Maintaining Dispersion Control Down To A Lower Frequency Via A Dipole Arrangement Of Drivers Within The Same Cabinet
6. Reducing Vertical Dispersion By Spacing Of Many Drivers In A Vertical Column
7. Horns Which Create A Narrower Dispersion
8. Ensuring The High Frequency Component Of The System Isn’t Being Blocked By People’s Heads
9. Incorporating Room Dressing

I keep using the term, but how do we define what intelligibility is?

Intelligibility is typically used in consideration towards how comprehensible words are, when played through a system in a venue. It can be measured in a range of ways, as it was in fact during experiments conducted ahead of writing this piece, (including the most modern and perhaps resilient to noise method, the Speech Transmission Index, S.T.I). More appropriately though, when it comes down to a practical sound check with limited time on a mobile sound gig, playing a quality recorded piece of speech through the system and moving around the venue to a range of locations, is a sensible place to start if ensuring that patrons at the back can not only hear, but understand you, is a priority.

Doing a sound check by walking around with a radio mic, speaking through the system yourself and listening is limited in terms of intelligibility. Once you get 40 – 50 feet (12-15m) away from the system, the delay time between you hearing your voice acoustically, and then through the P.A. causes a distinct delay and is likely to taint your judgement. Added to which, because you’re hearing yourself acoustically, it doesn’t offer as accurate a test as when using recorded speech.

Does intelligibility, or clarity, matter as much with music performances?

That’s a bigger question than there’s time to consider fully here. Extensive and highly researched published texts exist on the topic, (including Floyd E Toole’s Sound Reproduction, 2008). All we should note for now, is that depending on the type and intended intimacy of live music, then there will likely be benefit from increased sound interaction with the room than was the case with speech only.

But based on any gig with some speech content, even if it’s basic announcements, it is the opinion of this project that if it’s worth being said, then generally it should be possible for all people in the room to hear and understand it.

Here’s a basic but effective plan;

To improve the intelligibility of a loudspeaker system, clear the signal of unnecessary frequency, and minimise acoustic energy reaching the walls.

Tuning The System For Its Purpose

Regardless what system type is being used, it’s nearly always possible to make improvements to the clarity by taking into account the acoustic frequency response of a room, and EQing the system accordingly…as is possibly best explained with a video:

Why Does This matter? A Bit of Background First For Those Who Want It

Sound fields in venues are complex. The meeting of sound waves, (from the same ‘parent’ source such as a stereo loudspeaker system); can lead to an increase in SPL. But it can also lead to severe cancellation, which results in a more significant loss of SPL than you will ever gain from adding waveforms. (If you’re seeking an in depth understanding of what happens when sound waves meet, a big but very useful read is Bob McCarthy’s Sound System Design And Optimisation’).

But the headline here is to try and minimise the overlap of wave fronts, except from in lower frequencies where longer wavelengths mean that the benefits are worth the risk; (that is to say that gains in SPL can occur over a large enough area to be worthwhile).

And bringing it back to the topic this includes minimising reflections, where sound returning into the venue after hitting a hard surface, is almost certainly going to vary in phase to the direct sound. Added to which, because different surfaces absorb different amounts of certain frequency bands, what is reflected back into the room will have undergone a tonal (frequency balance) change. While some forms of the earliest reflections can be helpful to speech intelligibility, longer reflections are known to be distracting to listeners.  And diffuse, (a complex web if you will), of multiple non-distinguishable reflections often simply referred to as reverberation, muddy the consonants of speech which are typically found at the starts of new sentences.

So how do we reduce SPL propagating out off-axis and hitting the floor, ceilings and walls?

There are numerous ways. But the good news is that two of the methods we’ll look at involve the same sound physics of using displaced drivers, described earlier.

Here’s what we’re going to look at;

Applying the same physics, this idea of multiple displaced drivers, it’s possible to reduce SPL radiating upwards towards the ceiling, and directly downwards towards the floor. This is good, because typically that’s not where listeners are.

Horns Which Create A Narrower Dispersion

Conventional point source loudspeaker systems deliver high-mid and high frequency through horns mounted on a compression driver. Horns make sense in this case: they increase efficiency * and give directional control.

What do actually horns do? Click to lean more...

Proportional directivity is the technical term given to an important piece of sound propagation physics: that if the diameter of the driver producing the sound is large compared to the wavelength of the frequency which it is producing, then it will cause that frequency to beam in front of that loudspeaker. Figure 3 shows a horn with a mouth diameter of 25.4cm. 25.4cm is approximately the wavelength of around 1300Hz. For frequencies above 1300Hz (for example 2600Hz), pattern control maintains the width of the dispersion set by the slopes of the horn. For frequencies below 1300Hz however, with this particular horn, dispersion will be more omnidirectional, (propagating in all a wider range of directions).

Figure 3 Proportional Directivity – With sound being produced by a single driver of a certain diameter, (or driver / horn combination), as frequency rises, dispersion width narrows. 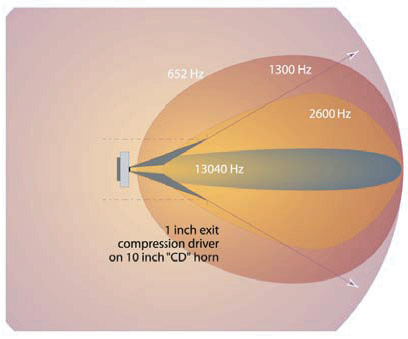 Figure 4 The Role Of The Horn In P.A. Design

It’s relatively straight forward for loudspeakers to exert pattern control over dispersion at high-mid and high frequencies. If the venue is all on one level, then we’re unlikely to need anything over 45° of coverage in the vertical plane. In the interest of achieving the greatest clarity, minimise the distribution of acoustic energy in places where listeners are not situated. 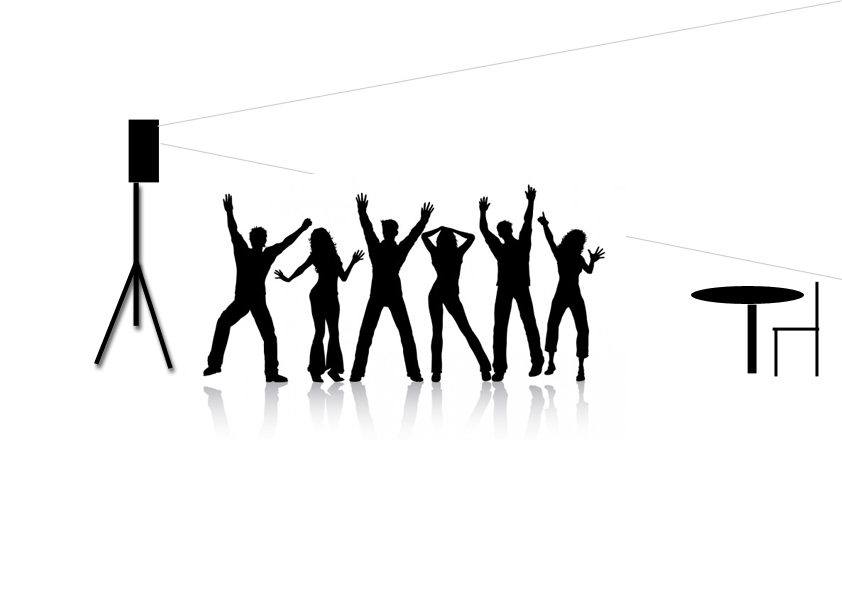 Although rather rudimentary, Figure 5 approximates the 45° nominal vertical dispersion of a loudspeaker’s high frequency component. Bodies are of course effective absorbers of sound, especially at high-mid and high frequencies. High-mids are of particular interest, as we may want people in the seated area to hear what we’re saying. If this loudspeaker was any lower on its stand, line of sight from the seated area, into the high frequency horn would be lost, and clarity may suffer.

Click here to read more about the effect of frequency on absorption...

The frequency range of a speech signal which contains the most energy, is typically between 2 and 4.5kHz. This is known as the presence range. The wavelength of 2kHz is just over 17cm. As a general guideline, absorption of a particular frequency begins to occur when a material has a depth that is greater than one quarter of the that frequencies’ wavelength. In an article provided by the National Centre For Biotechnology Information, the average human head circumference is given as 56cm (K M Bushby, T Cole, J N Matthews, and J A Goodship, 1992). Considering this, the back to front depth of a human head is likely to be able to absorb a significant amount of high-mid and high frequency.

In spite of being mobile, there a few things which we can do to tame the architectural related acoustics of a venue, (and which don’t involve making changes to our loudspeakers).

Drapes, such as those pictured in the Figure 6,  can reduce a venue’s reverberation time and improve intelligibility, if they cover a sufficient area of the walls (or ceiling). Based on research and measurement conducted ahead of writing, we found that 600 – 800 g/sqm velour drapes with high porosity, (imagine your average amateur dramatics societies’ stage curtains), had a really significant effect, reducing broadband RT60 in this particular case by 23%. This took the reading of a professionally recognised speech intelligibility measurement, from ‘fair’ to ‘good’. 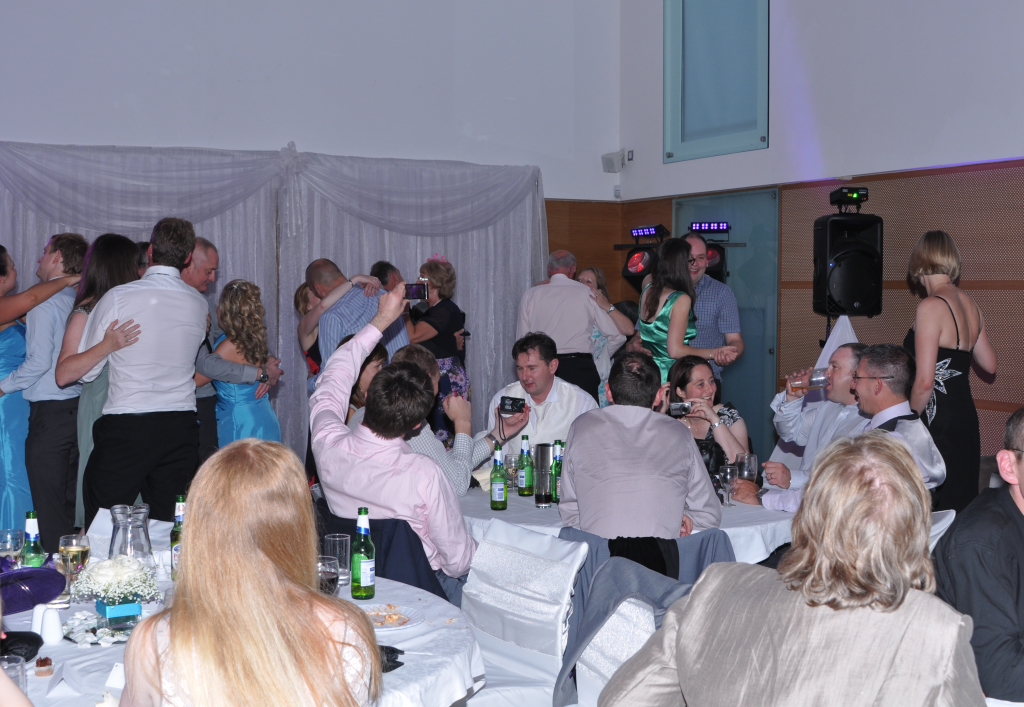 Based on this advantage to the perceived tightness of sound in a reverberant hall, and because soft furnishings appear to be popular at the likes of weddings, one of my recent function host / DJ marketing ploys has been to pitch a fabric backdrop for behind the dance floor, (and which can also include some coverage for adjoining side walls. These silk finished star cloths have an internal lining of velour.

This effort to increase the amount of (more) absorptive layers on occasions where speech intelligibility is critical, led to me recommending a red carpet for the central isle at awards ceremonies and presentation nights. This is now something which I’m regularly up-selling, with the addition of several carpets to the larger halls within which I work, (200-250 seated capacity). While a basic listening test will not necessarily discern massive dampening improvement from simply closing curtains or putting some carpet down, we’re talking about marginal gains here, where the combination of multi-room dressings can begin to yield useful reverberation control.

Up for knowing a bit more about dealing with low frequency resonance?

Some of the low frequency resonance in a venue is a product of room modes, (especially in smaller venues, including the one in the Figure 6). Different to reverberation, room modes exist due to standing waves: longer wavelengths which effectively get stuck, reflecting directly back and forth between hard surfaces, as shown in Figure 7. 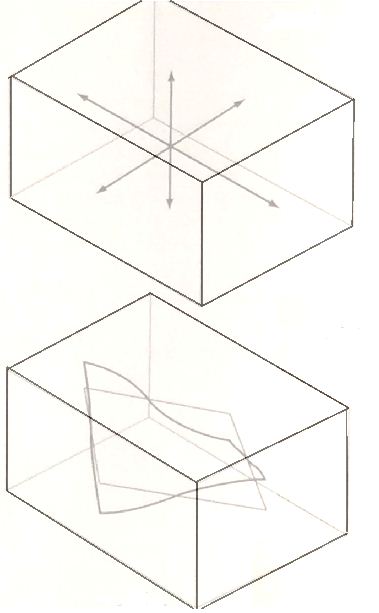 Axial Modes – Sound waves travelling back and fourth between either width, length or between the floor and the ceiling.

And Oblique Modes involve sound waves which get stuck between all 6 boundaries (walls, floor, ceiling) of a cuboid shaped indoor venue.

Standing waves are neatly explained through animation courtesy of the University Of Salford (n.d.) here.

Dense reverberation can be tricky to simply EQ out once it exists, especially at high-mid frequencies which are important to vocal intelligibility. However with careful listening towards which low frequencies are resonant, (some of which will likely be due to standing waves in smaller spaces), full system EQ can be an effective tool, as was explained in this video if you missed seeing it earlier: