Here’s a glossary covering some of the most relevant terms used in this guide.

Technically speaking, there is a difference between the terms dispersion and pattern control. According to Stark, (2008, P. 154), dispersion describes the spreading out of sound energy, where as

Abbreviation for Front Of House which in the case of the guide, refers to the main P.A. system which is being used facing the audience.

Horizontal and Vertical Planes Of Sound Propagation From Loudspeakers

The difference between horizontal and vertical planes of sound propagation from a loudspeaker can be seen below. 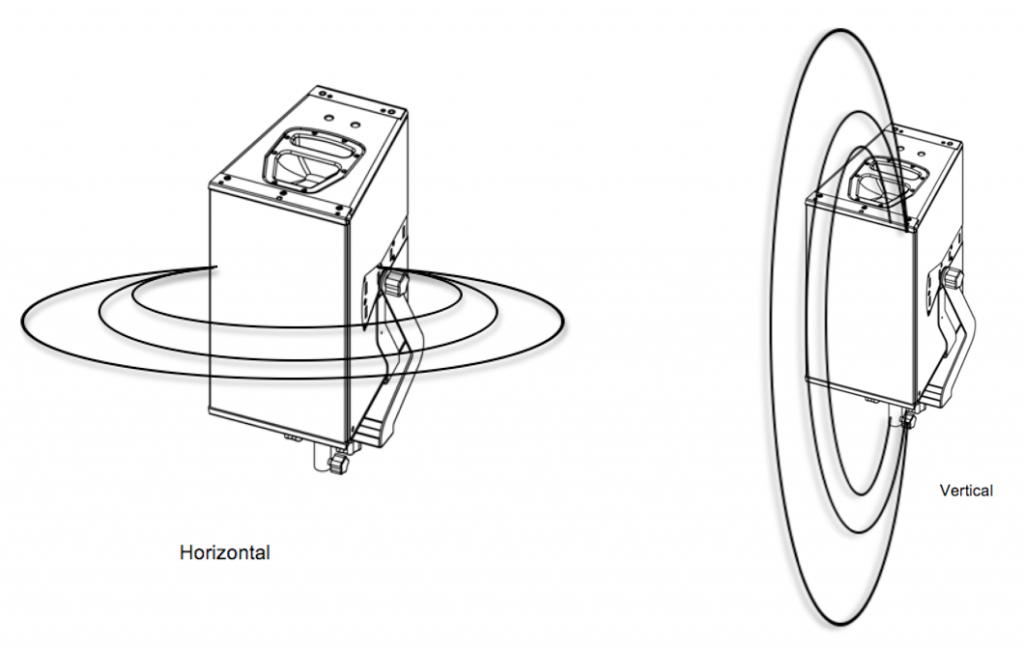 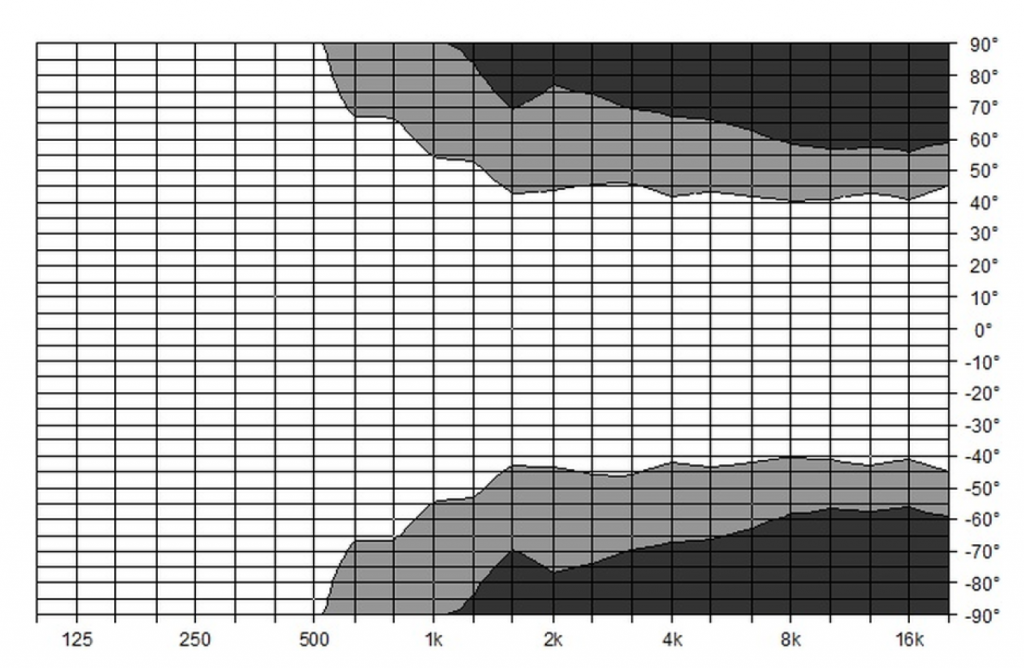 A method for displaying the pattern control of loudspeakers in a chart. They are produced by plotting -6dB attenuation points for a range of frequencies, as the measurement microphone is moves away from the centre axis. (The centre axis is shown in the diagram under the On Axis definition title). Lines are drawn between plotted points to join areas of equal pressure. They give an indication of how flat, or otherwise, the frequency response of a loudspeaker is off axis.

This refers to the angle between which the dispersion of a loudspeaker varies by no more than 6dB. The centre point is on axis, (see the diagram under the On Axis definition title) and the measurements are made by moving off to the sides (or above) until the level has dropped by 6db. This is done at specific frequencies, but for brevity manufacturers usually average these, and this is what we would refer to as nominal. When a nominal dispersion is given, e.g. 90° x 45°, it is typically specified in first horizontal then vertical planes. 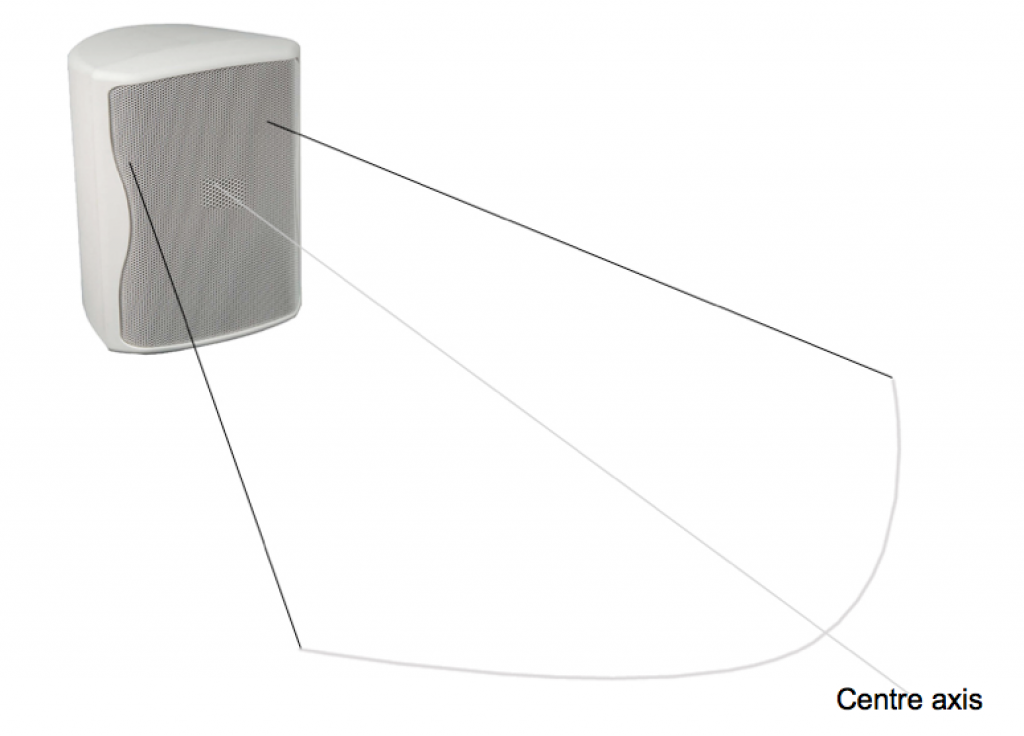 Occurs when the loudspeaker’s driver and as a result air molecules, return to their rested state creating an area of lower pressure as the inverse of compression.

A term used to describe a wave’s average strength. RMS allows for assessment of amplitude: if + and – excursions were simply averaged, the net result would be zero (Stark, 2014 p. 60). RMS is ‘the equivalent AC voltage to that found in a DC circuit (McCarthy, 2008 Loc 947), where the RMS value of a pure sine wave is 70.7% of the peak value.

A measure of the time taken for the reverberant sound field in a room to decay by 60dB once the initial excitation has ceased (Rational Acoustics, LLC, 2015). Although more reliable indicators of speech intelligibility exist, it used within this guide during discussions on clarity, in order to offer general context to rooms.

A series of quickly repeating reflections which occur between parallel hard surfaces.